Monetize your skills and game commitment 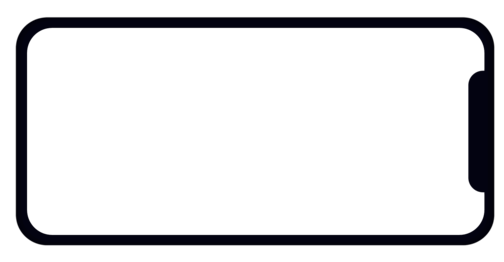 For ALL players around the world

Trade & Earn: We incentivize the trading of game assets by sharing the profits with the most committed players

Compete: Test your skills in tournaments with special & money prizes

Commitment: We value to the most skilled and commited players

14 years in the audiovisual innovation industry. Has worked as Creative Director with heavy-weights such as Disney, Warner, Marvel, & DC. Mattel, Activision and Garfield.

Formerly worked at the Pentagon, Joint Chiefs of Staff, as the Technology & Innovation Chief for the Logistics Directorate. In that role he was the Joint Staff Subject Matter Expert on Blockchain, architected and led the first Department of Defense blockchain pilot to secure the digital thread of additive manufacturing (3D printing) and established and led the DoD’s only Blockchain Community of Interest focused on widespread adoption and implementation.

He is Co-Founder and President of True-Tickets Leveraging Hyperledger Blockchain technology, True Tickets is a Digital end to end, secure ticketing provider connecting artists and fans.

Chairman of the E-Sports and Gaming Foundation in the Netherlands. He is a polymath with a keen interest and extensive experience in IT, business and law.He has experience working as an IT Business Analyst and acted as a Blockchain Ambassador. He also has experience representing an EU Media Association vis-a-vis the European Institutions (European Parliament, European Commission) on topics such as intellectual property, net neutrality, and privacy.He has a background and degrees in European law (LL.B) and Dutch law (LL.M). His research specifically focused on the legal status and licensing of virtual assets in video games such as Massive Multiplayer Online Role Playing Games. He recently finished Oxford Said's Business School's: Blockchain Strategy Programme and is one of the Founder Members of the Oxford Blockchain Foundation.

He is a serial entrepreneur, an expert in innovation and e-commerce. Born in Barcelona and located in Silicon Valley, in the last 16 years he has launched many technology companies based on innovation. In 1997 he founded his first company, TMT Factory, and BCN Media, which offers software and communication services.The arrival of the crisis in the technology sector in 2001 led the company to an international level with more than 50 employees and customers such as Gas Natural. Deutsche Bank, Barceló and JCDecaux.In 2009 he relinquished his position as director and in 2010 launched his first company in Palo Alto, Innovalley, a company that develops intelligent objects combining Barcelona's creativity with the latest American technology. He also founded a software development company and the Imagine Creativity Center in Silicon Valley, whose main goal is to generate disruptive ideas to change the world and the way we live.

He works as a headhunter or headhunter for international recruiting agencies in the sector. He works as a consultant for companies in the development, direction, and design of video games as well as interactive experiences and gambling.Research on game design and emotions. He teaches design and video game creation in the master's courses at the Complutense University of Madrid, Alcalá de Henares and ECAM, among other training centers with which he has collaborated. He gives classes on game design, levels and production at ESNE in the Official Degree in Video Game Design and Development.

For any question you can contact us, we are working on providing more information shortly.